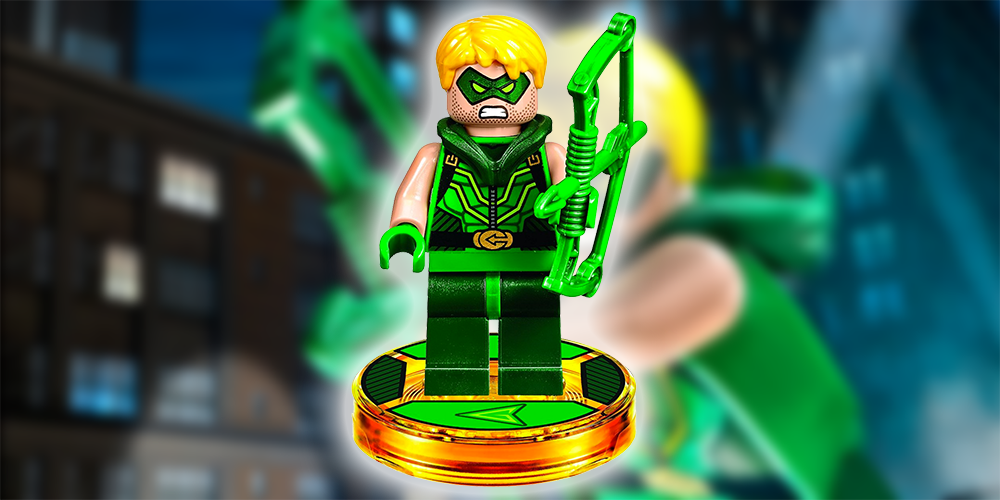 In a crazy strange turn of events, the “exclusive” Green Arrow LEGO Dimensions minifigure will be released outside of events.

So far in Germany and Australia, two retailers have advertised they are offering bundles for the highly sought after minifigure.

It’s not surprising that Green Arrow is being released in Europe, as he was shown to come with an European instruction manual. But the common speculation was that he would be given away at GamesCom.

Here is what I know so far.

Amazon Germany currently has a listing to purchase the LEGO Dimensions Starter Pack (PS3 edition) as well as the Green Arrow minifigure.

In addition, they are also selling the Green Arrow minifigure directly for a price of $29.99 Euros. (That comes out to around $45 shipped in USD if you want to order one in)

Will other platforms get the bundle as well? Probably, but no guarantee at this point.

Target Australia is also offering a Green Arrow minifigure with a purchase of a LEGO Dimensions Starter Pack.

Right now, the offer does not seem to be fully applying on their website, but may be added in later.

So what does this mean? No idea.

I was told at E3 that Green Arrow was being produced in highly limited numbers. But that doesn’t seem to be the case if they are releasing him in bundles in different countries.

Could he come to the US separately? I wouldn’t count on it. It still seems like a convention exclusive to me.

But, now anything is possible!