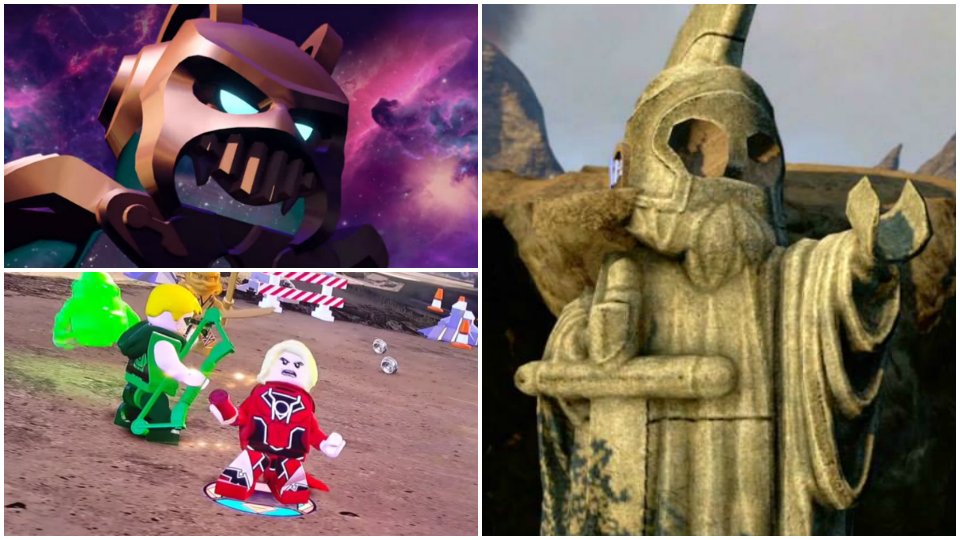 Is a Lord Vortech figure coming? Are more packs from Year 1 franchises coming? Where is Supergirl? Jimmy McLoughlin, co-game director for LEGO Dimensions, spoke with Eurogamer’s Tom Phillips about many of these questions and more.

If you aren’t able to attend the events that LEGO is attending this year to grab a Green Arrow minifigure, you will be able to play as him digitally.

“We haven’t given him anything that blocks anything – there are no gold bricks available. But he will be available digitally, eventually, through the Hire-a-Hero feature,” McLoughlin says. Simply put – you’ll be able to pay a small amount of studs to play as both.

The same will be true of Supergirl, who has yet to be officially unveiled but is an open secret after players found her figurine data hidden in the game.

The common speculated theory is that Supergirl would show up now in a “re-packaged” Starter Pack for LEGO Dimensions. But that may not be the case.

“Yep, it’ll be the same [for her] down the line,” McLoughlin affirms [Speaking of playing as her digitally]. “We have an event for her later on.”

Not to give my insight, I asked Jimmy and Arthur Parsons point blank about her at E3 as well. Both of them said they honestly had no idea how they were going to release her. Obviously it’s not their department, so they don’t have to worry about it. But I fully believed them, that at the time we spoke they had no idea.

This interview with Eurogamer took place at E3, so Jimmy could just be speaking figuratively.

What was the third “exclusive” minifigure?

But actually? Looks like it is (or was?) going to be Lord Vortech, the main villain from the LEGO Dimensions campaign.

“At one point we were going to do Lord Vortech as well,” McLoughlin reveals, “but we haven’t… he’s not done yet.”

Lord Vortech would be an incredible minifigure, so I hope he does show up eventually.

Will franchises from Season 1 get more releases in Season 2?

Many have asked whether franchises from Season 1 of LEGO Dimensions (like Lord of the Rings, DC Comics, etc.) would come back for Season 2.

Those franchises have a multitude of characters that would be incredible, so what’s LEGO Dimensions take?

“We are not planning on revisiting any of the season one IPs yet,” he tells me. “This isn’t to say that it’s totally off the cards though as a few of them do interest us and could easily be revisited in the future. We have great relations between the IP holders and Lego so bringing new characters from older ranges shouldn’t be an issue.

“[That said], we will be using the TARDIS to get to new areas in season two. I don’t think we’ve designed them yet as they are for later levels, but we’re planning on doing at least two. And two DeLorean spots as well.”

These new areas will be accessed via a fresh hub, named the Shard, which will also link back to the year one hub so those worlds can continue to be accessed. It is again based in space, and the idea is it will be on one of the fractured pieces of planet seen in the background of the old hub.

Lots of interesting information for LEGO Dimensions fans. Be sure to check out the full article over at EuroGamer.

What do you think about everything here? I’m kind of surprised that there won’t be any new Season 1 packs. Obviously DC Comics is getting some new packs in a round-about-way.