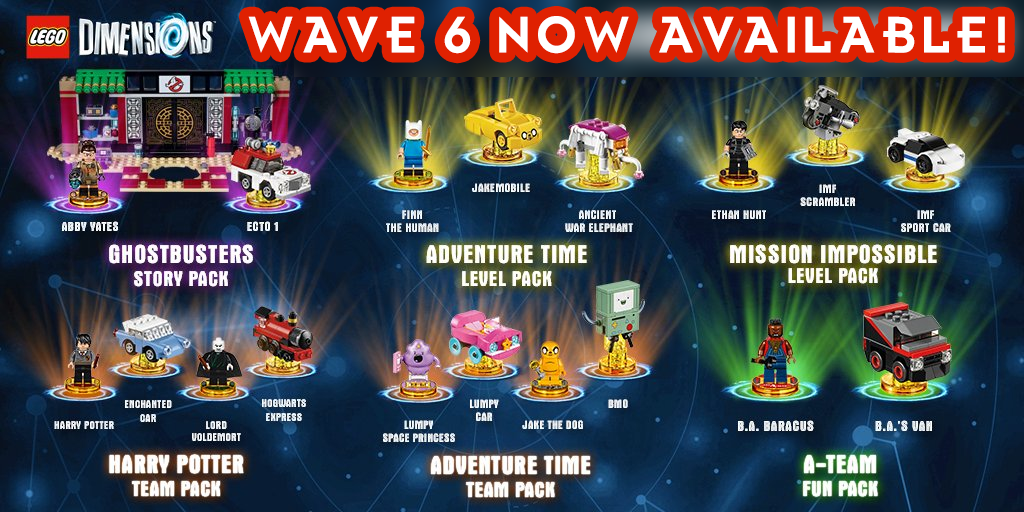 The much anticipated start of LEGO Dimensions Season 2 starts this week, with the release of Wave 6.

So what all is coming out? Do you need to buy a new Starter Pack? What are the best deals? What comes next? Here is all the info you need to know!

Be sure to enter to win my contest where I am giving away the Supergirl exclusive LEGO Dimensions Starter Pack!

What is Season 2? Do I need a new Starter Pack?

This next “season” is kicking off with the release of Wave 6 on September 27th.

Wave 6 contains six packs (including a new pack type) as well as a “new” Starter Pack.

But do you need to get a new Starter Pack to play this content? Absolutely not.

All of this content works on your existing LEGO Dimensions Starter Pack, you just have to download the latest patch.

To satisfy fans who want that long story mode you get from a Starter Pack, LEGO Dimensions team has created a new pack called a Story Pack.

What is a Story Pack?

Story Packs are essentially a deluxe version of a Level Pack. Buying a Story Pack grants you six new levels from that franchise, instead of just the one you get with the Level Pack.

In addition, you get a new “Gateway Build” you can build out of LEGOs to replace with the Portal you get in the Standard Starter Pack.

But again, a Story Pack is not a new Starter Pack.

Is there anything new with the Season 2 characters?

In addition to the Story Pack type, Season 2 brings another new element to the game.

If you haven’t noticed already, all Season 2 characters are on a gold base (or toy tag). This is not just simply a cosmetic change.

All figures* that have this gold base will unlock a new Battle Arena in their corresponding Adventure World.

* = Supergirl and Green Arrow have a Gold Base, but are reportedly not going to unlock a Battle Arena.

There are 21 battle arenas total, you can learn more about these by watching the video below

In addition to the battle arenas, the Level Packs and Story Pack includes new achievements/trophies as well.

Each Level Pack and Story Pack will each grant you three new achievements and trophies.

You can see the full list of new achievements and trophies in my previous article.

What is being released in Wave 6?

Currently giving a copy of the LEGO Dimensions Supergirl Starter Pack away… be sure to enter before it’s too late!

What Sales are available?

Unfortunately retailers didn’t go big with the sales to celebrate the launch of this wave.

In addition most retailers are dropping the price of the LEGO Dimensions Starter Pack by $30-$40.

We know of two more waves so far…