UPDATE: All stores now have their Black Friday sales online! I’ve updated every store listing below with the active links. In addition, I moved the “best price for each item” section here to the top, to help you get right to the deals quick and efficently

Black Friday is happening THIS WEEK! So where are the best place to get your LEGO Dimensions deals? You’ve come to the right spot.

So if you want to see what each individual store is offering, the first part is for you!

If you rather see where the best place is to buy a specific item like a Team Pack, the second part is for you!

Deals are added at a moment’s notice, so be sure to be following me on social media (Twitter: @BrickInq, Facebook: @BrickInquirer. I’ll also be sharing all kinds of deals on my personal twitter: @JasonInquires)

If you see any errors or new deals, be sure to send me a tweet/message!

IN-STORE: Open from 5PM on Thursday – 1 AM on Friday, re-open at 8AM on Friday

ONLINE: Yes. Will start early Thursday morning (Deals started at 1 AM ET in 2015)

IN-STORE: Opens at 5AM

ONLINE: Yes. Will start on Wednesday / Thursday (Started at 12AM ET on Thursday in 2015) 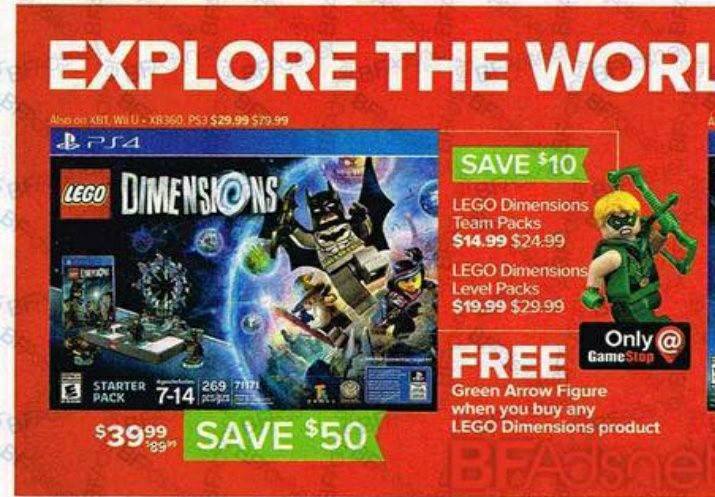 IN-STORE: Opens at 5 PM on Thursday.

ONLINE: Yes. Will start at 9PM on Wednesday 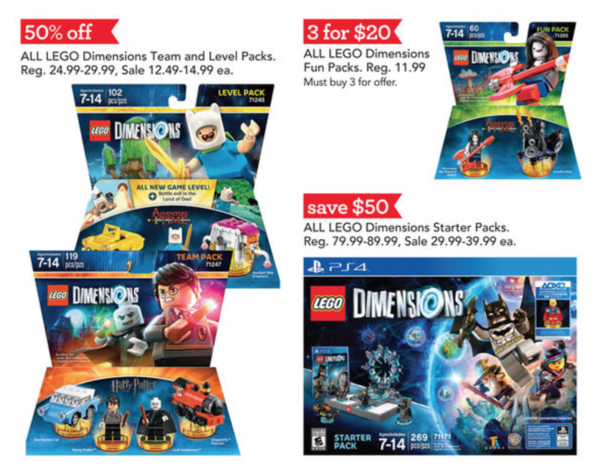 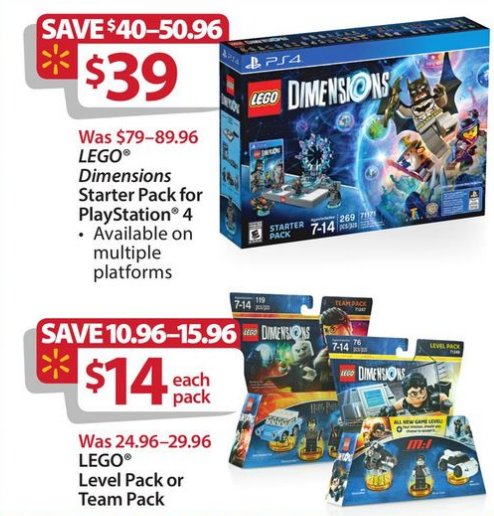