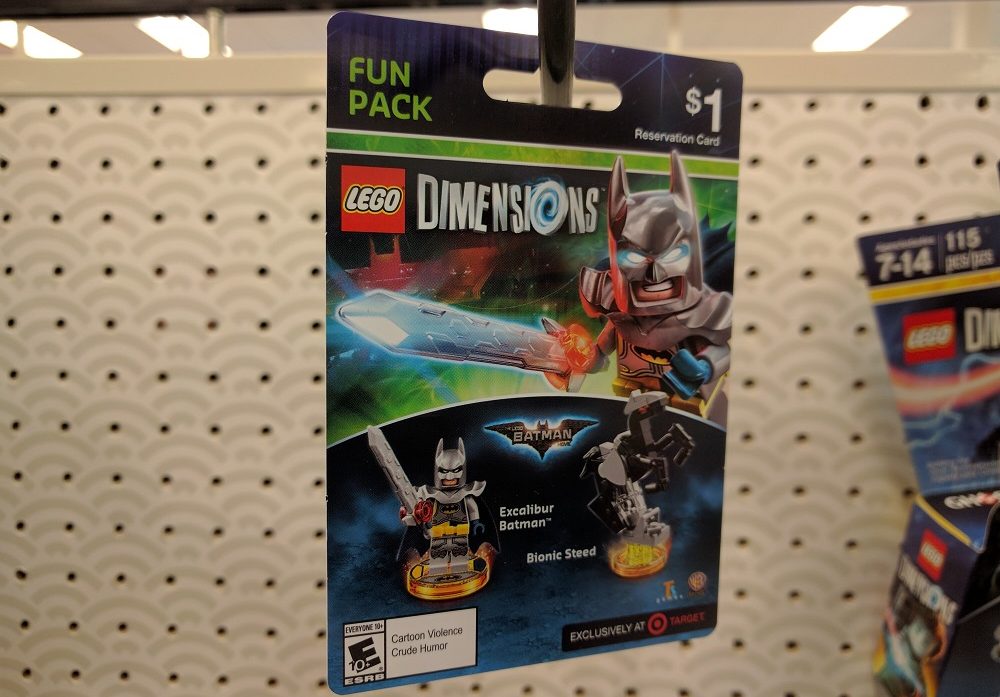 Target is the (temporary) exclusive home for this LEGO Dimensions pack.

You can pre-order the pack online, or you can head to your local Target which are starting to put out these pre-order cards.

Wave 7.5 will be launching on February 10th and include the following:

If you look at the back of the card, it says the exclusivity runs until Tuesday, March 21, 2017. Logically, you could conclude that is when the release date of Wave 8 will be. 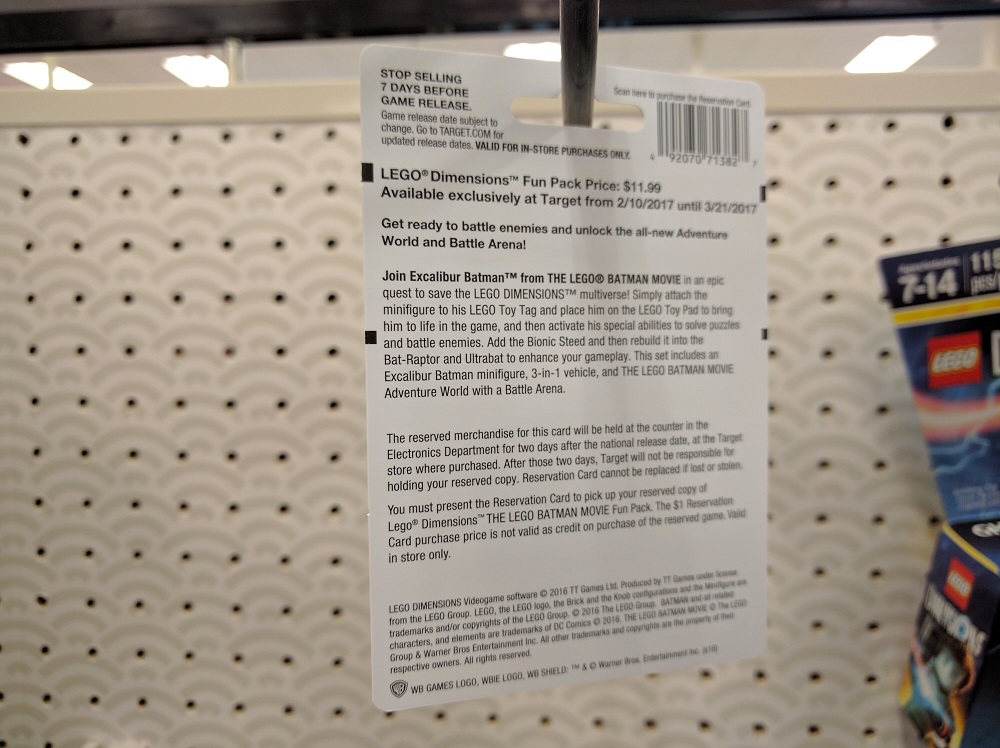 Wave 8 is expected to include the Goonies Level Pack and the LEGO City Undercover Fun Pack (with Chase McCain).

Remember Wave 7.5 and Wave 8 were originally planned to be a single wave 8, but were split into two smaller waves.

In addition to the information about the release date, we now also know the rebuilds for the Excalibur Batman Fun Pack.

Here is the information:

“Join Excalibur Batman from THE LEGO BATMAN MOVIE in an epic quest to save the LEGO DIMENSIONS multiverse! Simply attach the minifigure to his LEGO Toy Tag and place him on the LEGO Toy Pad to bring him to life in the game, and then activate his special abilities to solve puzzles and battle enemies. Add the Bionic Steel and then rebuild it into the Bat-Raptor and Ultrabat to enhance your gameplay. This set includes an Excalibur Batman minifigure, 3-in-1 vehicle, and THE LEGO BATMAN MOVIE Adventure World with a Battle Arena.”

Target stores are in the process of getting these cards now, so your store may be rolling it out over the next couple of days.